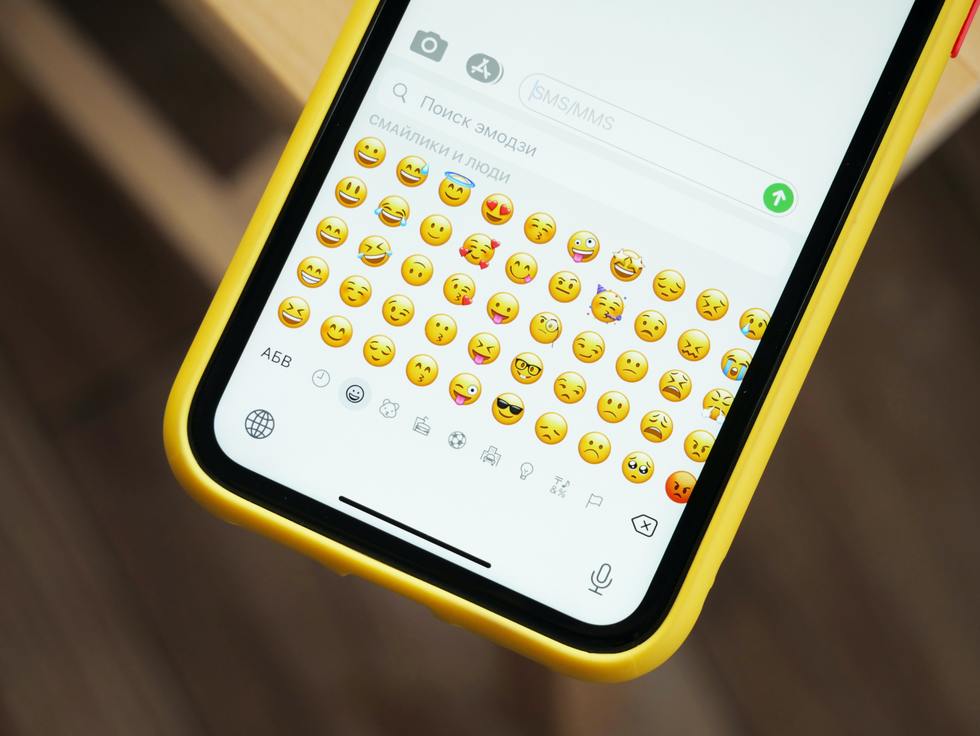 Photo by Denis Cherkashin on Unsplash

Eric Goldman presented a very entertaining and informative seminar, at the 2019 Clio Cloud Conference. While people normally wouldn't think much about these seemingly simple little icons, emojis are an “integral” part of how we communicate with each other today. Goldman guides his audience through a short history of emojis, how they're interpreted in case law, and even gives us a breakdown of an interesting case.

So What Exactly Are Emojis?

Goldman takes a moment to remind his audience of the “old school” emoticon, which were a few basic keyboard functions that would make a smiley or an angry face appear on our screen. In contrast, emojis we use are likely “unicode” emojis, which is the “partial standardization” among most operating systems for these characters. Basically, each emoji has a unique code attached to it. When one user sends an emoji to another user, this partially” standardized” code is recognized by both user's platforms, and presents what is typically known as an emoji. He also explains that the unicode is not uniform, but “partially standardized”, which is why each different platform will present slightly different looking emojis. A good example would be that one user's smiley face has teeth showing, while the other user's does not. Goldman makes his point here to say that this opens so many questions to interpretation in law.

Further into his seminar, Goldman tells his audience that emojis are eligible for copyright law, and that there are hundreds, if not thousands, of registrations for emojis in the U.S. copyright office. To paint a picture of how common emoji registrations are, he informs that Apple alone has about 1,500 emoji registrations. Since these registrations are becoming so commonly submitted on a regular basis, and that emojis are available for trademark protection and design patents, this creates a “messy thicket” for anyone that wants to come up with new emojis or to recycle a used emoji.

Since 2014, emojis have made exponential growth in making appearances in court opinions in the U.S. Goldman explains that we may have seen news reports about people being prosecuted for using emojis. He presents an example of someone using the pistol emoji aimed at a police officer that resulted in a criminal case. Emojis are such an integral part of our communication now, that many cases are going to have emojis involved because people are getting into “trouble” using them.

The most common variety of emojis found in cases have been “face” emojis. The reason for this is the number one category of cases, about 25%, are sexual predation cases. Typically, older men trying to solicit sex from younger women. In these moments, face emojis are the most used because they are easily used during flirtatious communicating. These are going to show in litigation often because of the nature of the communication.

Emojis come with a visual decoding challenge, some people aren't able to see each of the specific characteristics of each emoji because they're on a small screen. Some people are going to see the emoji differently just from perspective. Simply looking at the emoji differently can give the emoji an entirely different meaning. Goldman explains that a judge may have a specific perspective of an emoji and assume that there is only one way for it to be interpreted, but there is a problem in that since there are communities that may see it in an entirely different perspective. There are common law tools to help cope with this, but these possibilities always need to be considered.

There are also emojis that are designed to have multiple meanings, like the “person with folded hands” emoji. This emoji can mean high five, or prayer, or please/thank you, etc. Unicode sees this multipurpose as a feature, while Goldman thinks of this design to be seen by lawyers as a bug; by design these emojis are meant to be ambiguous.

Some emojis have meanings a lot of people wouldn't even think of, and this would fall into the world of slang. Like any other communication or language, emojis also have a form of slang, and lawyers should assume that they will not know these interpretations at first glance. Emoji slang used for sex trafficking and drugs often make appearances in cases. Some examples Goldman uses are the candaian maple leaf for cannabis, and a crown to signify a pimp.

Emojis are also used to embellish our communication. Some of the functions that the embellishments serve range from substitution, to reinforcement, complements, etc. One of Goldman's examples is the use of reinforcement, which would be like a heart emoji with a declaration of love.

Emoji's also don't have a uniform grammar, so there are lots of opportunities for miscommunications. There isn't a clear or standard way of reading a sequence of emoji's, so there really isn't universal emoji grammar. From a legal standpoint, there could be a situation where a sender acted reasonably in how they sent a message, and the recipient acted reasonably in interpreting the message, but both people got different things. These are the kind of problems with interpretations that will end up in court cases.

Emojis have also evolved and changed within their own platforms over time. Apple's smiley face emoji on iOS11 looks slightly different from its iOS9 smiley face. This alone can cause a miscommunication problem, as one looks more blatantly friendly, and the other could be seen as the smile being more so “teeth gritting”. Goldman points out that this communication has led to fights in which the recipient thought the sender was communicating a message that they wanted to fight. This miscommunication is such a problem that it finds its place in court cases often. In these cases, it's the actual developing technology that has caused the problem.

Researchers found another factor in these technological causes of miscommunication. Study showed that 25% of Twitter users aren't even aware that the emoji they're using may look different to their audience. After these users learn about this, 20% of them would have edited or not sent at all. This is evidence that since people can not see platform specific emoji differences, they may be potentially sharing regretful tweets. Many people still don't know that different platforms are going to have different looking emojis.

Rough Translation of the text message sent from the prospective tenant: “Good morning” (smiley) “Interested in the house” (emoji string) “Just need to discuss the details...when is a good time for you?”

Unlike the U. S., in Israel, there are such cases as “bad faith negotiations”, which this case falls under. In this text message, some of the emojis used can be construed as celebratory, which would imply that the prospective tenant has agreed to renting the house. The court's decision went in favor of the landlord, who was awarded $2,200. The court believed that the prospective tenant negotiated in bad faith because the emojis signaled optimism and positive intent.

Goldman does a great job in this seminar of showing his audience how complicated a simple icon we use in our everyday communication can be, especially in case law. He wraps up with some useful reminders before his Q&A:

Who is Eric Goldman?

Eric Goldman is a professor at Santa Clara University of Law, the Co-Director of the High Tech Law Institute and Supervisor of the Privacy Law Certificate. He specializes in Internet Law, Intellectual Property, and Marketing. Managing IP magazine has twice named him a North American “IP Thought Leader”, and he has been named an “IP Vanguard” by the California State Bar's IP Section.

The Clio Cloud Conference is the largest annual conference for legal professionals from all corners of the industry to attend. A wonderful and innovative space for attorneys, paralegals, law students, legal tech enthusiasts to absorb new innovative content for their agencies, companies and firms.