Lessons From My First Day in Court 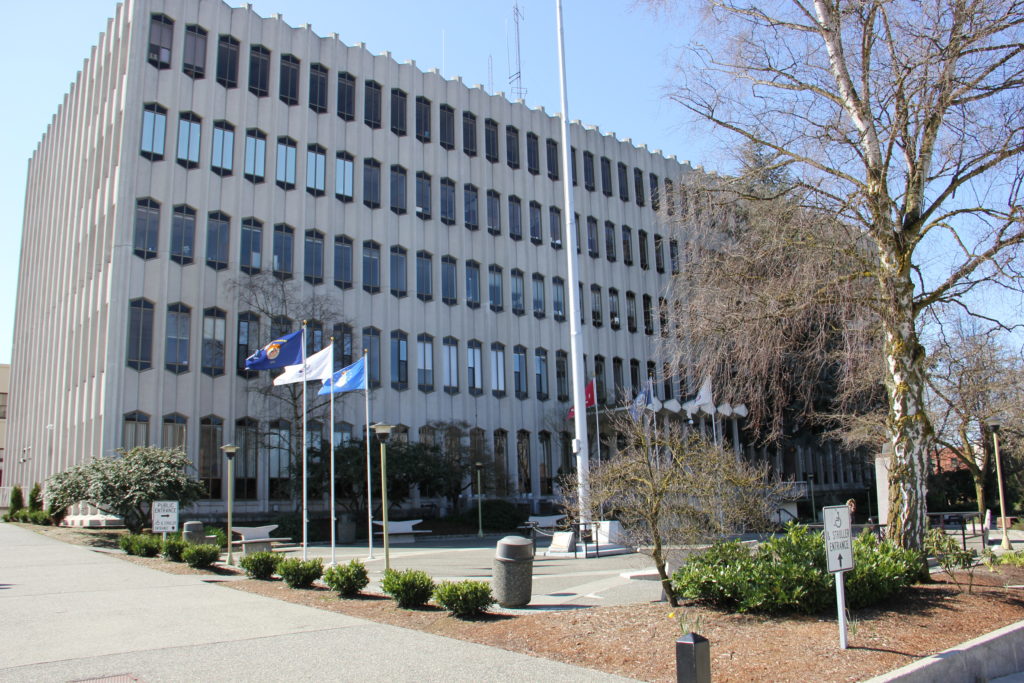 In February of 2020, I attended a trial as a stranger.  My purpose was to observe a family law trial at the Snohomish County Superior Court in Everett, Washington, and then write a college paper on the process going on there.  I had called the courthouse a day earlier to get a case name and trial schedule for a family law trial, so I was ready to be where the action is.  This would be my first experience with a trial altogether.  It would involve some pretty unfamiliar things.  Preparing my pockets for the security process, for instance.  Who knew you can't bring a plastic lighter into a courthouse?  Then there's hunting for the right trial on the half dozen airline-style monitors at the ground floor hallway.  Not seeing my party on the monitors, I found my trial by simply asking a security guard.  Pro-tip.  He also cut at least half an hour off my navigation time by simply pointing to the right courtroom.

The courtroom I sought was reserved for a child custody action involving a divorced couple in their forties.  We will call them Sam the Plaintiff and Alex the Defendant.  The trial was a matter of custody of their four-year-old son, whom we will call Jim.  Judge Janice E. Ellis presided.

Just prior to trial, a court clerk approached both parties in the hallway outside the courtroom to ask for working copies of any exhibits or motions for the judge to use during the trial.  Alex, the defendant, provided none and appeared not to have brought materials for their own use either.  Sam, the plaintiff, brought personal and working copies of a temporary parenting plan with a proposed amended parenting plan and some exhibits. Both parties were asked by the clerk if they had brought witnesses.  Sam brought none.  Alex said they had witnesses, but not present, due to their lack of prior awareness that they would be permitted to bring witnesses.  This, Alex explained, was their first experience at trial.   Notably, the guardian ad litem for this case was absent from the trial, even though her role made her a virtual party to it.  No explanation arose for her absence.

Inside the trial, there was no jury; it was a bench trial because the matter at hand was of family law.  Both parties came to represent themselves without attorneys.  All rose for Judge Ellis, and the trial commenced.  The Judge opened with an observation of the absence of the guardian ad litem and described the G.A.L.'s essential importance to the proceeding.  She made it known that there would be no way for her to reach a conclusion at this trial without first having the benefit of the G.A.L.'s full participation.  She then advised both parties that they could proceed through the trial to get as much accomplished as possible up until the point wherein the trial cannot continue without the G.A.L.  She asked the parties if they had any problem with proceeding in that manner up to that point.  The plaintiff indicated a willingness to proceed.  The defendant moved for a continuance in order to gain time to bring witnesses on her behalf.  Alex explained that – this being their first trial – they had been unaware that witnesses could be brought. The judge denied the motion for continuance on the grounds that a continuance was already necessitated by today's absence of the G.A.L.  She then announced the trial would proceed as far as it could today.

Judge Ellis asked both parties what their expectations of this trial were.  The plaintiff, Sam, said their expectation was to finalize a newly amended parenting plan for permanent sole custody of their son Jim, on the grounds that the temporary parenting plan had been in effect for two years, and the defendant Alex had made no progress during that period on the behavioral changes required of them by the guardian ad litem.  Alex said their expectation was to grant a continuance to the trial due to matters that have interfered with their ability to attend drug treatment and testing as ordered by the G.A.L.  Alex explained that they had to change their residence seven times in the last two years, which, combined with a lack of reliable transportation, had interfered with their ability to remain on schedule with the drug program.  They offered to submit to a drug test today if it pleased the court.  Judge Ellis explained that there would be no drug test today, and proceeded to explain the steps of the trial process to both parties.

The judge then invited opening statements, beginning with the plaintiff.  Sam, the plaintiff, submitted the proposed parenting plan seeking to grant them sole permanent custody.  They declared their intent to prove that Alex had made no attempt to remain sober in the two years since the custody case first opened.  They also intended to prove Alex's neglect and abandonment of Jim.  Finally, Sam intended to show that they are the one that provides Jim with a loving and stable home.

In the defendant's opening statement, Alex asked to have the guardian ad litem removed on grounds of bias against the defendant.  Alex alleged that the G.A.L. had a prior relationship with someone with alcohol problems, and thus harbored a bias against Alex for also having alcohol problems.  Alex did not wish to proceed without a new guardian ad litem free from alleged bias.

Judge Ellis then invited testimony, called the plaintiff Sam to the stand, and swore them in.  Sam testified that they had acted as Jim's sole parent since 2018.  They said that before the defendant Alex left them, the then-two-year-old child Jim had been nonverbal, reclusive, and extremely shy.  They believed that to have been caused by Alex's habit of neglecting Jim, leaving him alone at the television while Alex indulged elsewhere in alcohol and marijuana.  Sam said Jim's needs were addressed by enrolling him in speech therapy.  They then further testified that the defendant had attended only one supervised visit with Jim in two years.  At that visit, according to the plaintiff, the defendant arrived drunk, behaved belligerently, and assaulted the visitation supervisor causing the supervisor to resign.  They said the defendant had been homeless several times and arrested three times since that visit.  The plaintiff concluded their testimony with a plea for permanent sole custody.

The judge then interceded to lecture the defendant for misusing the time they had to question the plaintiff, and reminded them to come prepared to trial.  She asked both parties for a way to contact the guardian ad litem, explained the background checks they should expect, and set a continuation date for the trial.  The plaintiff asked that the defendant be required to submit a list of intended defense witnesses to the judge, complaining that the defendant had been finding excuses to drag the proceedings out for two years so far without resolution.  Judge Ellis asked the defendant to make sure the plaintiff also receives a full list of such intended witnesses so they can ask about their testimony in advance of the continued trial date.  Sam declared that they might also bring witnesses, and will file notice and contact information two weeks prior to the next court date.  The court then adjourned for continuance.

LM: “It depends on the experience level of the parties.  Some litigious individuals we see all the time come fully prepared with well-developed exhibits, working copies, and the works.”

DB: “And these are unrepresented litigants?”

LM: “Oh, yes.  But others with little or no experience are often taken by surprise by the need to bring at least two copies of their materials, and often are unclear about what it would best serve them to bring in general.”

DB: “How smoothly do you think the process went today?”

LM: “Judge Ellis is different from some judges in that she makes an effort to hold unrepresented litigants to the same procedural standard as attorneys.  She makes an extra effort to bring pro se parties up to that standard by teaching them as she goes.”

DB: “I noticed that when she asked the plaintiff if they meant to object to speculation when they had objected on irrelevance regarding their cross-examination.”

LM: “Yes, that was an example.  All judges are different.”

Having witnessed my first trial and interviewed the clerk, my mission was accomplished.  I had entered the courthouse completely unfamiliar with the building layout, the security measures, and the routines of the courtroom, and had come out alive.  I would chalk that up to asking the right questions, which would be my first suggestion to anyone coming to court for their first time.  When in need, ask.  Secondly, if you are bringing materials to trial, remember to bring two copies so the judge has a set to work with.  Finally, Alex did not prepare and was scolded by the Judge; don't be like Alex.  Sam came well prepared with materials sharply focused on little Jim's well being; be like Sam.